Smoking. Has there ever been such a divisive habit? Non-smokers take a militant outrage at smoking on occasion (and so they should, considering the dangerous effects of second-hand smoke), while smokers can’t stop doing it, despite the complete lack of benefits. If we don’t smoke, we want the people we know who smoke to stop – if we do smoke, we probably don’t want to do it.

If you’re a heavy smoker right now, we’re here to help – and if you want to stop, we’re going to help you. It’s not just like anyone can quit though – so be fair to yourself, or a smoker – it’s a dangerous and addictive habit with claws that scratch right down to the surface of who you are – as with every other habit. We’re going to try and help you quit smoking though – within a month, if we can.

If we want to quit smoking – we need to understand why we do it. We need to break down the mental walls stopping us from smoking, and we do that by understanding the why of it all.

When did you start smoking? Was it your teens? Did you try to grow up too fast like so many others? If so – you got addicted as a result. Teenagers mess around, and they experiment – they feel pressured to smoke, they want to taste the forbidden fruit of the cigarette – and mostly because everyone they want to grow up to emulate does – mainly family members. If you started as a teen, it’s probably because of these reasons – so take that on board. As a teen, it can become attractive to do things you shouldn’t do – like smoking. However, you’re not a teen anymore – you’re responsible for your body and your actions – so why smoke?

Smoking becomes a habit because it is a small tic that relaxes us. When life is hard – we can turn to smoking because it is so very easy. A five minute fix for all of our problems. What you must realize though, is that smoking doesn’t fix a problem at all – it simply helps you cope. There are plenty of other things that can simply help you sidestep issues in your life.

It might be that you need an actual hobby – music, working, sports – anything that can help you cope with the issues in your life that usually turn you to smoking will help. If you can learn to actually deal with your issues rather than avoiding them, you might find a more fulfilling life emerges – rather than the temporary safety blanket afforded by smoking.

That’s all smoking is – like other habits – a safety blanket. It is one that is actively harming you though, so if you can learn to fight your mental struggles – you will be better off than sidestepping issues and smoking.

Smoking becomes a habit because it’s an oral fixation – like biting your fingers. It’s a nervous tic, a habit – it can become a comforting to do for no reason – but it’s extremely harmful, and you don’t need to be patronized by being told that – you know! What this means is that the habit can be very easy to replace – vaping is an incredibly similar action to smoking – and while there isn’t a definitive address on its health status, it has to be better smoking cigarettes full of tar. Vaping has become its own hobby on another level than smoking and has a huge culture and following. If this is something that interests you, hurry over to https://vaporescence.com/ to pick up your gear and start out. Vaping might become another habit – but it’s far, far better than smoking due to the lack of carcinogenic toxins in vapor. What’s more, custard vaping fluid tastes a lot better on the mouth than tar-filled smoke.

You need to do all the work to stop smoking, and you’ll need to really want it. Firstly, we need to fight craves. Thankfully, they are easy to fight. It’s said that cravings last for five minutes on the brain – so giving into them aren’t hard at all – but outlasting them is easy. You need a five-minute distraction for when those cravings arrive. This will help you limit your smoking, and it will also help you build the mental strength needed to fight cravings.

You need to figure out your triggers as well. What is making you smoke. Keep a small diary – what time do you smoke every day, why? What happened? Write it down. This is a form of data that can help you spot patterns. If you find your triggers you can limit your smoking and stop your cravings.

We might smoke because of our friendship group – so if you’re stuck with smokers all the time, you’re going to smoke more often. It might be worth hanging out with your non-smoking friends a bit more often when you’re trying to quit – as the urge to smoke will be lower if nobody at all is smoking.

Frankly, you cannot quit if you do not want to quit – you won’t be able to. You’re going to need to want it and building a list of reasons to quit smoking can be a great help and help your fight. Don’t go all in with the quitting, but go all in with the battle – you’ll need to be strong to quit, and hopefully this helped. 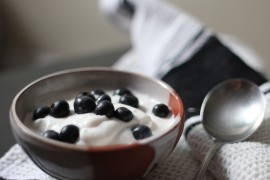 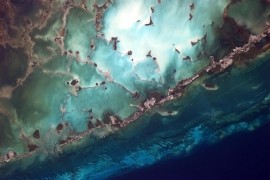