Sodium valproate has been widely used as a mediation for epilepsy, as well as bipolar disorder and migraines for decades. While sodium valproate can be highly effective at treating these conditions and is generally considered safe for those taking the medication, there is now a growing awareness that its use by pregnant women can pose a serious risk to their unborn children.

What risks does sodium valproate pose to unborn children?

Research has shown that the children of women who take sodium valproate while pregnant are five times more likely than average to suffer from a physical birth defect. For those infants whose mothers took the drug during pregnancy, around 1 in 10 have a physical birth defect and around 4 in 10 experience developmental issues.

The physical and development effects sodium valproate can have on infants are referred to as Foetal Valproate Syndrome (FVS) and can include:

These risks are considered so serious that the National Institute for Heath and Care Excellence (NICE) now recommends that sodium valproate should not be used during pregnancy unless there is no alternative. Where the medication must be used by an expectant mother, the lowest possible dose should be prescribed.

If you take sodium valproate and are pregnant or intend to become pregnant, you should always consult with your doctor before you decide to stop taking your medication.

Can Foetal Valproate Syndrome be treated?

There is no cure for Foetal Valproate Syndrome, but many of the symptoms can be treated to some extent. For example, a cleft lip or cleft palate can be corrected with surgery and speech and language therapy given to deal with any impact on a child’s ability to articulate words properly.

However, other issues, such as spina bifida, may lead to lifelong consequences for a child’s health and wellbeing. Ongoing treatment and care may therefore be required, as well as the need for specialist equipment and other types of support.

Due to the complex care needs many children with FVS have, parents may seek compensation to help cover the associated costs, so they can ensure all of their child’s needs are met.

How to claim compensation for Foetal Valproate Syndrome

Because many expectant parents may not have been properly informed of the risks posed by taking sodium valproate during pregnancy, it may be possible to make a successful medical negligence claim against the NHS or private healthcare provider, who gave advice prior to becoming pregnant or when pregnant.

The compensation that results from a successful Foetal Valproate Syndrome claim is likely to be substantial, but these claims are complex.  It is therefore essential to have specialist legal support from an expert sodium valproate solicitor to ensure your claim is handled effectively from the outset and that you have the best chance of securing fair compensation. 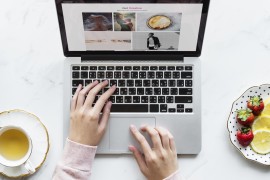 7 Ways to Advertise Your Online Shop for Free
Need gift ideas? This post has you covered 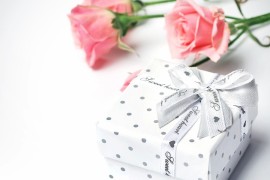