Want a beach holiday with a difference? There are many exotic coastlines around the world just waiting to be explored that most people don’t consider when booking a beach holiday. Such beaches may allow you to explore new cultures and dodge the tourists. Here are just a few off-beat beaches that we recommend.

Golden Sands, Bulgaria
Most people wanting a beach holiday in Europe head to the med. However, go east to the Black Sea in Bulgaria and you’ll find Golden Sands – arguably one of Europe’s most scenic beaches. This resort has grown dramatically in popularity but is still very cheap compared to many Mediterranean destinations. The luxury you’ll get here may well be three or four times the cost in many Spanish and French resorts.

Mancora is one of South America’s hidden gems. The resort offers a lively nightlife and a number of great restaurants to dine in the evening. Whilst it’s big waves make it surfer’s hotspot, there are many quieter beaches also in the area for catching a tan. Hot springs and mud baths can also be found in the area. Visit at the right time and you may even be able to spot whales from the shore.

When most people think of New York, they think of skyscrapers and narrow streets. But this is a coastal city and it in fact has many beautiful beaches to choose from. The most popular is Coney Island beach which comes with its own theme park, however there are other beaches worth trying out such as Brighton Beach and the calmer Manhattan Beach. You’ll want to visit these beaches in summer – you could combine it with a trip of the city.

Again, many people think only of the skyscrapers when they think of Dubai. However, this city also has some incredible beaches. There are many places such as Riva Beach Club where you can sit back on lounger with a cocktail and look out over the sea with the skyline behind you. The city also many aquatic attractions such as waterparks and aquariums as well as the chance to try many watersports such as diving and windsurfing.

Vietnam’s Phan Thiet is another hidden treasure for those wanting a taste of South East Asia that isn’t Thailand or Bali. This beach comes with a tropical climate and overlooks the azure Indian Ocean. On top of its golden beaches, Phan Thiet offers a lively nightlife as well as a rich cultural history. Whether you’re looking to party or explore ancient temples, this area has it all.

Lazy Lagoon is a private island located off the coast of Tanzania. For those yearning a secluded beach retreat, this really is the place to go. The island offers a number of restaurants, many aquatic activities and the chance to see incredible exotic wildlife including bushbabies, suni antelopes and bush pigs. You can also head over to mainland Tanzania. 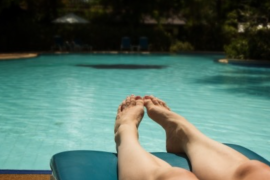 Your Laser Hair Removal Burns Could be More Serious than You Think
Should You Strengthen Your Relationship With The Healthcare Services? 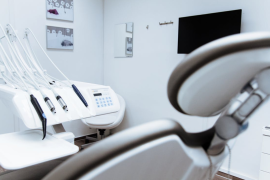