Kakheti is considered the cradle of winemaking, and wine for the Georgian is a sacred drink. The land of winemaking is gaining a lot of popularity among tourists, Georgians are also very much thrilled with the history of the region. Kakheti is located in the east of the country and occupies an area of ​​11,3 thousand square kilometers.

The region was inhabited before our era, and before becoming a part of Georgia, Kakheti was a separate kingdom. The region was a subject of invasions by the Persians this is why some historical sites suffered from raids.

The symbol of Kakheti is grape. It is depicted almost everywhere. The wine cellar served not only as a wine storage. Native used for baptism and communion of the dying man if there was no possibility of reaching the church.

The nature and climate of the Alazani Valley and fertile land are ideal for winemaking. Kakheti wine is considered to be the best, and it is not because of the most delicious Saperavi grape grown in the Alazani Valley, but also thanks to the region’s unique technology. The secret is that the wine is stored not in wooden barrels, but in special clay vessels “kvevri” buried in the ground. In Kakheti, there are numerous factories, and each of them produces up to twenty varieties of wine. All the largest factories organize tours to factories and cellars for tourists, as well as tasting the best wines.

The largest wine producers of Kakheti “Khareba”, “Shumi”, “Kindzmarauli Marani” are known throughout the country. The center of winemaking of the region is the city of Gurjaani, where all the main grape varieties are grown. All wine tours around Georgia include visiting Gurjaani and surrounding villages. 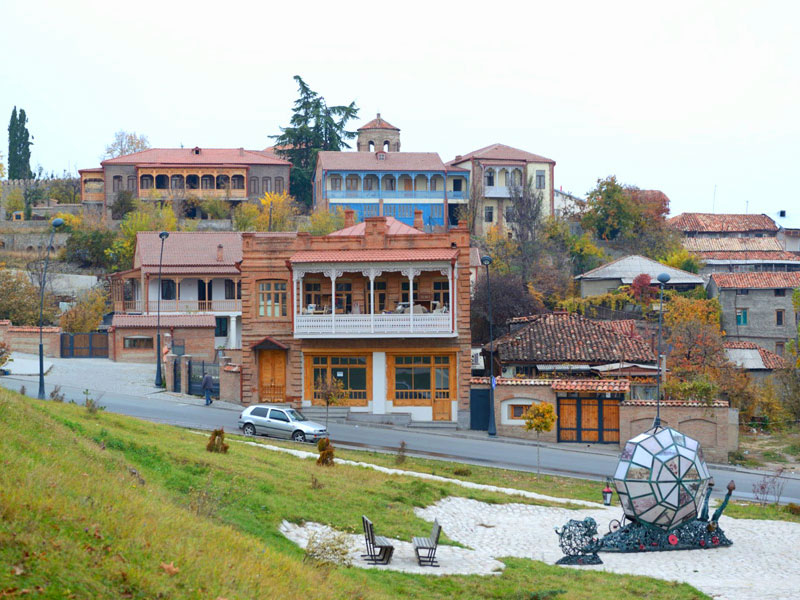 The capital of Kakheti
The capital of Kakheti is Telavi, one of the oldest cities in Georgia, which is famous not only for its natural beauty, but also for its historical sights. Near the Telavi are the ruins of the city of Gremi and Nekresi, the fortress of Ujar and Cheremi, the monastery complexes of Old Shuamta and New Shuamta.

In 3 km from Telavi there is an airfield. You may think “And what’s unusual about that place?” Telavi became popular in one day thanks to the Soviet film Mimino, and it was at Telavi airport that Valiko Mizandari worked. Several scenes were also filmed in the streets of Telavi. 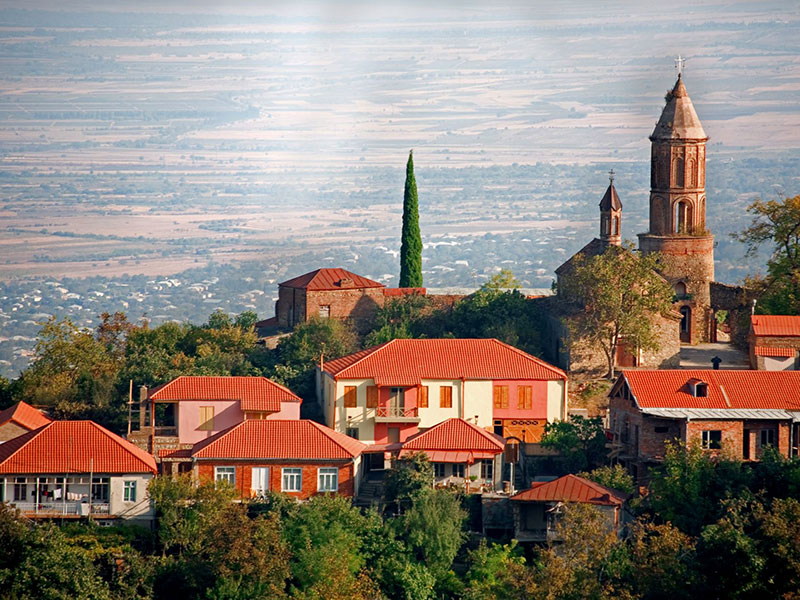 Kakheti is visited not only for wine tasting, but also for a walk through ancient fortresses, monasteries and for vacation in famous wellness centers. If you have planned to spend holidays in Kakheti, it is worth to visit some natural and historical sights.

Lakes of Kvareli and Lopota

Lake Kvareli is considered a diamond of Kakheti. Now on the territory of the lake there is a luxurious hotel that offers guests to combine comfortable rest with enjoying the mountain air and the purity of the lake. This place is perfect for both eco-tours and active recreation (horse riding, boating, biking and hiking).

Lake Lopota is another natural landmark of the region, with the most expensive and luxurious resort zone in Georgia. In the hotel, everything is thought out for a perfect holiday: a pier on the beach, special places for fishing and comfortable rooms for an unforgettable holiday.

Sighnaghi is a city of love 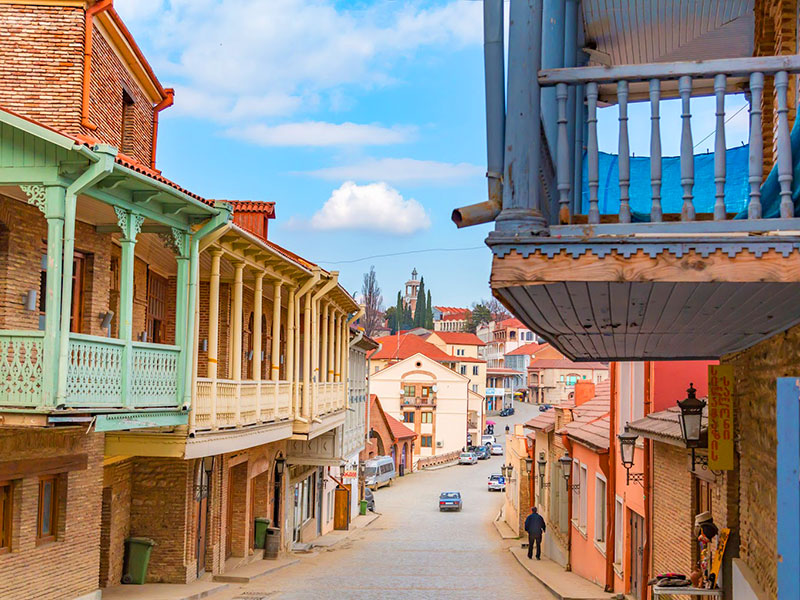 Since 2005, the city is the main target of a program to create the ideal tourist town of Georgia. Now Sighnaghi is a beautiful small town surrounded by high mountains and dense forests, with clean streets and bright houses.

In the city, there are hotels and small guest houses, cafes, restaurants and all amenities for recreation. On the territory of Sighnaghi there are several ancient temples, the most popular of them is the monastery of Bodbe.

This is just a small part of all the natural and historical sites in Kakheti. In each city and village, you will explore amazing places with no less interesting history. 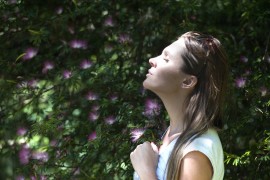 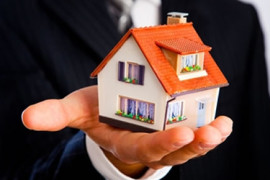