Once upon a time we used to talk face to face, and dating often took the form of hooking up your best friend with your boyfriend’s best friend; nowadays? It’s all done online, with plentiful research going into beforehand. To add further fuel to the fire, My Voucher Codes decided to look into the matter in more detail, discovering that a huge 55% of UK adults believe that chivalry in dating is actually dead.

Maybe we shouldn’t be too upset about this, because every cloud does have a silver lining, however the traditional rules and values of courting seem to be very much in the past.

The poll took the form of 1000 men and 1000 women, all aged over 18 years from the UK, asking questions relating to dating and the current day. Out of the results, some of the most notable are that 52% of men and 58% of women said that they no longer feel the traditional values of dating apply, including 35% of men stating that they now believe dinner dates should be split half and half in terms of cost, and 41% of women now don’t expect for the date to be paid for by the man.

This is a huge shift in the former viewpoints we used to have, when men were expected to pay for the whole date, with traditional values being at the centre of courtship. Probably the most notable change in attitudes is that sex on a first date is now much more acceptable than it ever used to be, with 37% of men and women agreeing that they wouldn’t discount the idea.

The way we meet people is a huge change nowadays. Once upon a time, dates were arranged by meeting someone in a random place, talking, and then deciding to go out for dinner. This was the way of the world back then. Nowadays? Online dating and social media have taken over, and now 29% of men and women polled stated that they would be happy to arrange the date via messages on social media, rather than actually calling and speaking to the person. 33% of men and women also admitted to doing a little snooping on their future date beforehand too, checking Facebook profiles and Twitter accounts.

Basically, the way we look for a partner has changed, the way we date, the way we meet, and the way we act in a relationship. Whether you believe this is a detrimental shift, or simply progress, is an entirely personal decision, however the old fashioned dating values certainly had a special something about them, anticipation, and possibly a little more in the way of respect. Perhaps this is a loss to the dating world, however we can’t deny that progress is always going to happen, whether we like it or not. 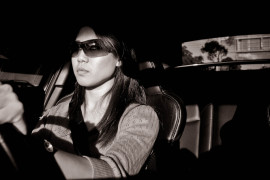