Perhaps you’re familiar with Gou Bu Li from a trip to Beijing, where these delicious buns are said to have originated. Maybe you’re more familiar with celebrity chef David Chang’s pork filled version served at his restaurant, Momofuku. Whatever the case, there’s no denying the popularity of these steamed buns.

What Are Baozi Buns?

If you’re not in the know, a bit of explanation might be necessary. Baozi buns are simply steamed buns filled with whatever you might like – pork, veggies, bean paste, and more are popular options. Yeast mixes with wheat flour, which is then rolled out and cut to shape, then stuffed and rolled before being closed. The bundles are then steamed, rather than being baked, resulting in a bun that can be carried with you on the go.

“As portable as they are delicious, baozi buns are often enjoyed in restaurants and as a takeaway street food. There are two different versions – the Xiabao, (or small bun), which are generally served in restaurants three to 10 to a plate, or the Dabao, (or big bun), the preferred version of most street vendors.”

You’ll find these buns served throughout the day, but they are particularly popular as a breakfast item some areas, such as Shanghai, where they are primarily stuffed with savory fillings.

The Origins of Baozi Buns

While baozi buns are enormously popular, both in China and abroad, their origins are shrouded in myth. According to Culinary Backstreets, one popular legend is that the renowned military strategist and eccentric foodie, Zhuge Liang, created them when he made faux human heads as a sacrifice to the gods. The general’s army was being decimated by a plague, and the sacrifice seems to have alleviated the threat, while allowing his forces to rally and ultimately come out victorious. The name “mantou”, or flour head, ties this myth in.

Of course, there’s another possibility, and this one ties in with another name for baozi buns – Gou Bu Li, which when translated literally from Chinese means “the dog doesn’t care”. According to Week in China, “folklore suggests that baozi were originally created in the 1850s by Gao Guiyou, a young man with the nickname Gouzi, which means ‘little dog’ in Chinese.”

Guiyou went to Tianjin, where he learned how to make steamed buns, and then opened his own stall, where he sold pork-filled buns. They became so popular that he couldn’t speak with his customers while he was selling them, leading to complaints that “Gouzi doesn’t talk when he’s selling”. Eventually, this became “Gou Bu Li”, meaning ‘the dog doesn’t care’.

Today, baozi buns are more popular than ever. They remain a staple in cities throughout China, but are gaining prominence in the US and other Western nations, as well. They have been particularly well received in San Francisco and New York, but are beginning to make inroads in other cities, too. Wherever you find them, they offer a delicious connection with China’s myths and culinary traditions. 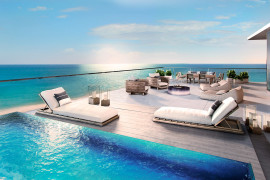 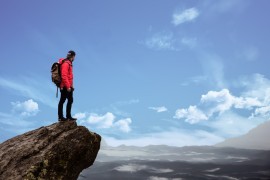